Every artist lives in a time of Modernism and a Post-Modernism world.

It is called a ‘Post-Modernism’ time because some of the ‘Modernism’ moved on in the late 1960s.

‘Social Demographic Commentators’ with a penchant for boxing in fluid concepts decided on behalf of the entire world to label passing fashions as postmodern. Thus fluttered in the ‘anything goes & the audience does not matter’ exemplars.

However, there are contemporary artists who continue in the ‘modern’ styles and some of them even continue to champion older academic techniques and methods of training.

Such artists are frequently disparaged and marginalize by the postmodernists, who with their stylized ‘Avant-gardes’ bombast get all the attention in a celebrity status grabbing effort.

Even so, many artists’ yearn for the older ideas & for knowledge that has not yet disappeared entirely. There continues a push for better art practice, building on the ideas & craftsmanship of older ateliers.

To that enduring spirit I present workshops on ‘Tonal Drawing’ to disseminate some knowledge from the days of artists who could draw & paint when their emotions ran high.

It’s quite a story.

The story begins at a time of indenture to learn a craft in an atelier.  A progressive schedule patterned the ensuing months & after some years a reasonable expectation of proficiency was expected. On completion the trained artists either made well or faded into obscurity.

Over time the makers of art materials streamlined production & artists could purchase from them without the required time spent to learn how to make such things.

Art could now be made on a whim and a prayer with slices of fancy, slightly stimulated by alcohol in a tobacco haze of myth making.

Provenance of competent artworks was made less important than the story of artists with the emotional wobbles.

Well developed skill was replaced by sojourns into psycho-babbling and in our age of worshiping of celebrity the spin-masters spun madly and the artists complied wildly.

So began a century for leisure artists and they are with us today.

Leisure meant lots of time to adventure into psychological zones, to celebrate expressing the ‘you’ of self.

Everyone is encouraged to add to the international soup of the esoteric, and the most traumatic will attract more attention, especially as you remember to mumble postmodernist conceptual gibberish that it matters to you alone.

Thus arrived the celebrity artists and exposure to new media, like Charley Chaplin and the daily expose by Picasso.

Eventually the idea evolved that you needn’t bother too much with practical training to win acclaim and acceptance, and now the conceptualists in their postmodern ambience will have you believe that you, as an observer, don’t matter either.

At times it seems to me that emotion is erased completely from contemporary art to champion a brief witticism or to celebrate all kinds of elements in public spaces. This is very exciting and mindbogglingly beautiful.

But such spaces are hardly the leisure artists’ domain when aspiring of the ‘plein air’ inclusivity. It’s a different aspiration space to understand well.

Whereas once academic practice was clinical and frequently cold, the modernist tried to capture elusive glimpses of creative emotions in a tactile manner.

The ‘grey school’, to which I lay a claim by direct influence, was dour and stoic as they explored the misty relationships in Holland. Agrarian whimsical stuff.

The Nordic Zorn likewise explored emotion in the chill of high latitudes and over in America the luminous has a following, as well as an extraordinary era of illustration that continues with its influences upon so many today.

Indeed, I think the Modernist felt free to tackle sentiments and to stretch their ideas after initial atelier training.

Even the so-called ‘degenerates’ like Oscar Kokoschka were completely at ease with art practice as they reached out to touch raw emotions during the turbulent times the lived through.

The early modernist reflected largely the world they found themselves in, with an adventurous wilfulness based on groundwork training.

In my view the Postmodernists’ contentious dismissal of aspirations that precedes their own current ideas is arguably a detriment to good art practices.

To recapture some of the disciplines in drawing and painting you may enjoy a return to the times of the genuine Bohemians and the original avant-garde.

My father was one of those who trained in ateliers and the college system, dropping in and out of the Bohemian scene of the avant-garde in Holland.

They all are dead and many are completely forgotten because they never did crack it in the wider imagination in the years immediately following WW2.

This workshop touches upon emotional journeys full of drama and courage.

Developing your capacity to express those emotions ought to be an aspiration.

You do not need to draw well to understand tonal arrays, to accept that such things are weighted and they earn a value in the grey hues to live in a spatial 2D containment field that is capable of relating powerful feelings to the viewer.

Many artists use a camera to record ideas for sketchbooks and visual diaries.

Even the simplest camera can produce good visual diary material, useful additions to your paste-in books and an attractive way of remembering field trips and to fill your mind balloons as they occur.

In an atelier the visual diary records your moods and ideas as they change and grow. Eventually such a series of diaries can be building blocks to your personal development as a creative individual.

Everyone here is familiar with the visual diary building blocks. I am encouraging you to continue with them by researching your favourites from another century.

Here is a brief story to explain.

I have a shed full of visual diaries several of which I started in the late 1960s and early 1970s. Much of them are about the 19th Century when it turned into the 20th Century and many art movements came and were then replaced by new enthusiasms.

When one ‘ism’ faded another supplanted it in my diaries.

Several powerful art movements persisted in changing times as artists sought fame by continual examination of their ideas within its frameworks.

He is one artist I find most interesting.

Well, in the aesthetics of modernism Oskar embraced a range of skills that embodies the entire Modernism epoch. He lived with much travail and expressed them in very ugly and flamboyantly gorgeous ways.

Modernism is defined by the creative conflicts of a world in turmoil.

It is emotion and Modernism recognises progressive ideas that connects everyone to a rational life when much disarray was swirling all around.

Dreams were allowable and analysing self was a part of the cause. Artists came to seek out the dreams to further possibilities and Kokoschka lived through it all. Despite much sorrow his influence on the ateliers of my youth is profound. He heightened our colours and loosened our stylistic techniques by example. I hoarded pictures of his art in my visual diaries.

20th Century mankind was on a soaring trip and nothing was impossible in an accelerating world dominated by rapid technological advancements.

Art adjusted to the changing scene, from serious emotional works to ones that are minimalist and less sensitive. A lot of nonsense stalks us at every contemporary turning, even daily so it seems.

Once, some time ago, my father wrote that I was born in the old times and grew up in the modern times and got a postmodern education too, fully at ease with the many styles and influences, and technology too.

I’ve breathed the old atelier life and I am here to share the juicy bits.

Hopefully you’ll glean a few exciting ideas to stick into your own visual diaries.

Material for your personal visual diaries can be found online at:

Check out Herman Wijngaard who briefly taught my father during patchy atelier visits in the late 1940s to 1959 at Sneek in Friesland.

Many more can be located via Google image search.

Be pro-active and enjoy the leisure art adventure during my workshops.

Let’s get on with tonal drawing. 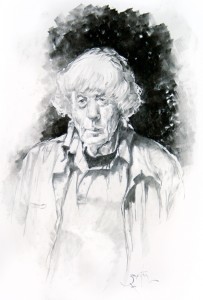 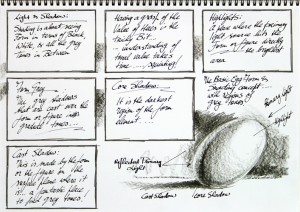 … one of the Art Tutor Panels from my visual diary 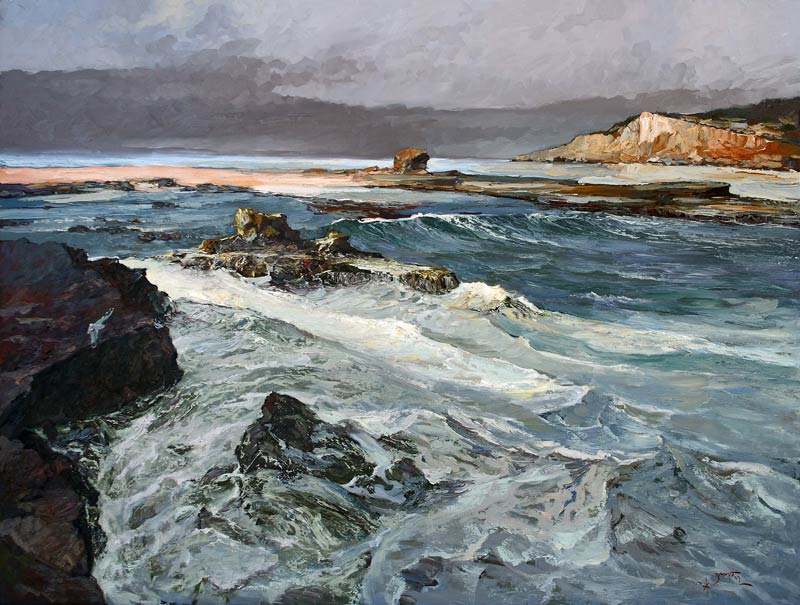 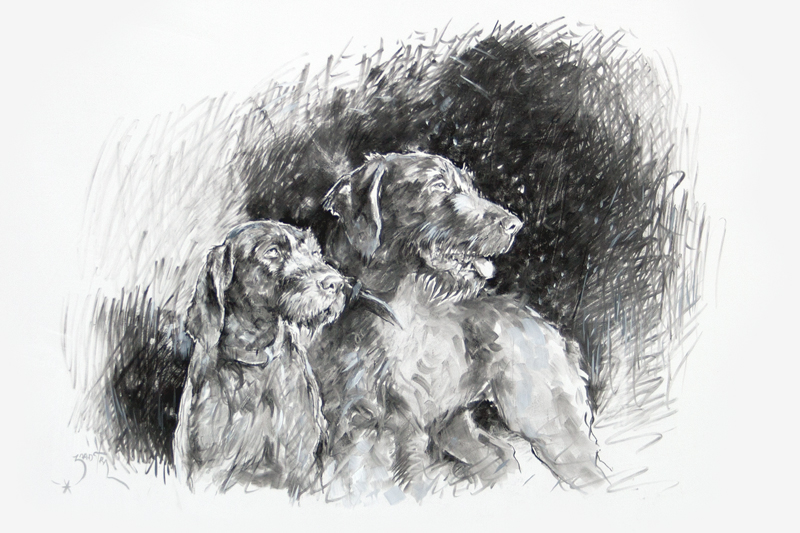 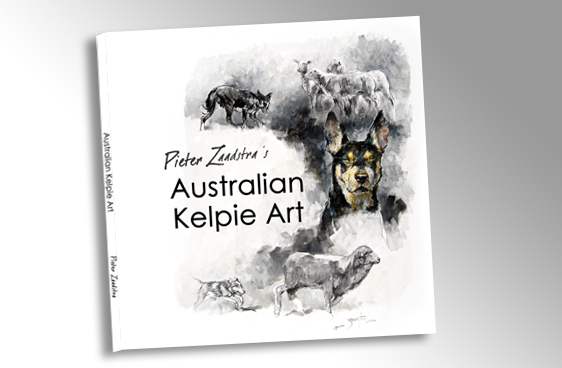 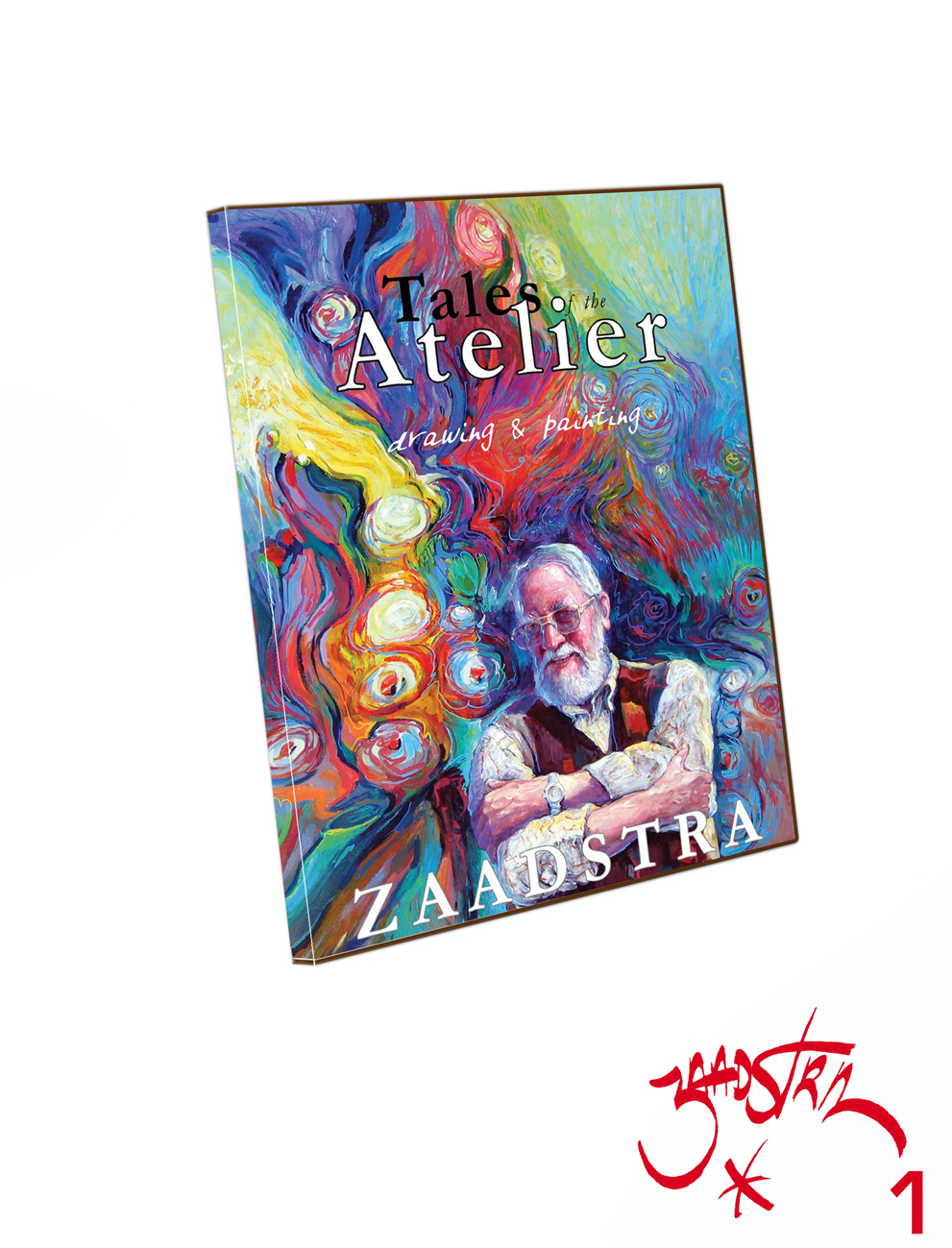